The Byzantine style monastery Nea Moni (new monastery) is dated from the 11th century. Nea Moni is the result of a fulfilment of a promise from Byzantine emperor Monomahos. When Monomahos lived in exile on the island of Lesbos. He promised to the holy icon of Theotokos, he would build a monastery on the place the icon was found when he would become emperor. Two years after his promise he indeed became the Byzantine emperor and ordered his best architects and artists to build Nea Moni. The construction had taken 12 years. However Monomakhos died before it was completed and didn't be able to see its full glory.

The construction is similar to monuments that can be found in Constantinople, and its typical octagonal style can only be found on Chios and Cyprus.

The entrances were made of marble, inside the ceilings were covered in gold mosaic. The mosaic themes amongst others are the Pantocrator, moments in the life of Christ, the archangels Michael and Gabriel.

Unfortunately a lot of Nea Moni's glory has been destroyed by the Turks in 1822 and by the earthquake of 1881. The monastery is now under restoration. 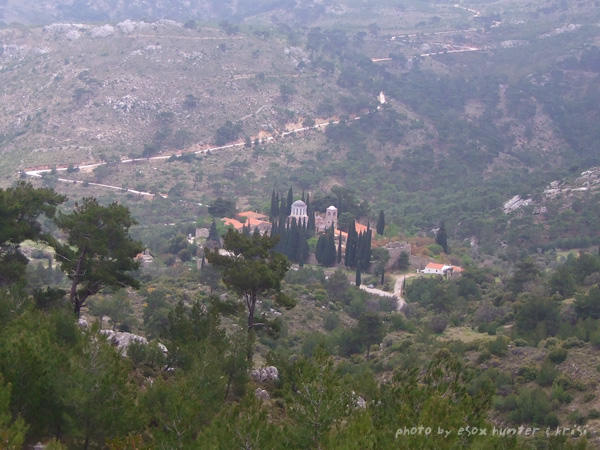 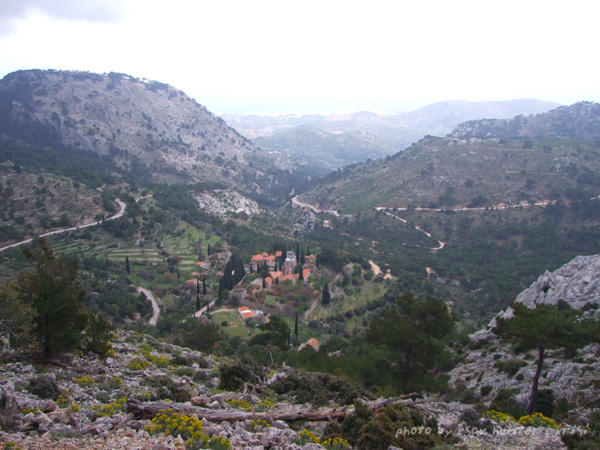 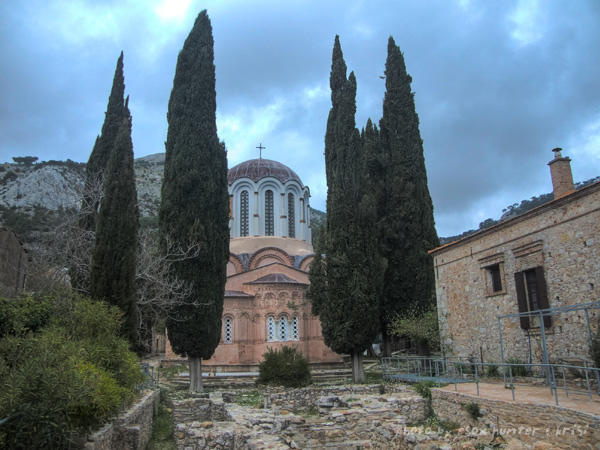 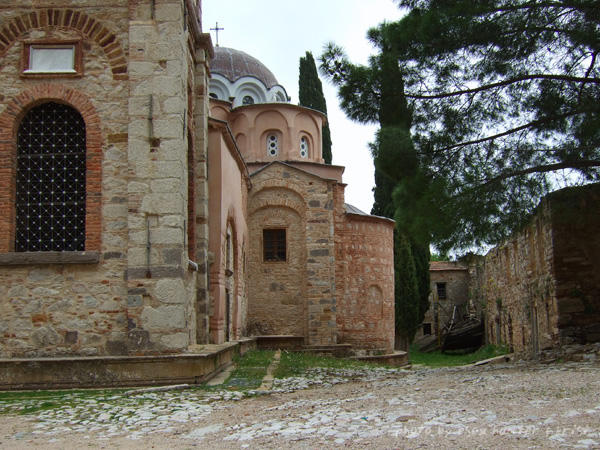 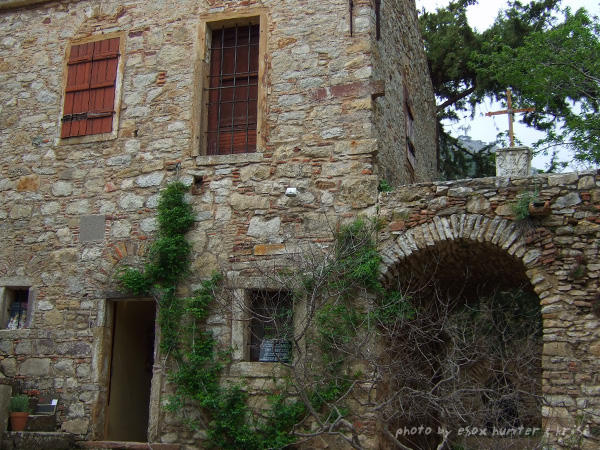 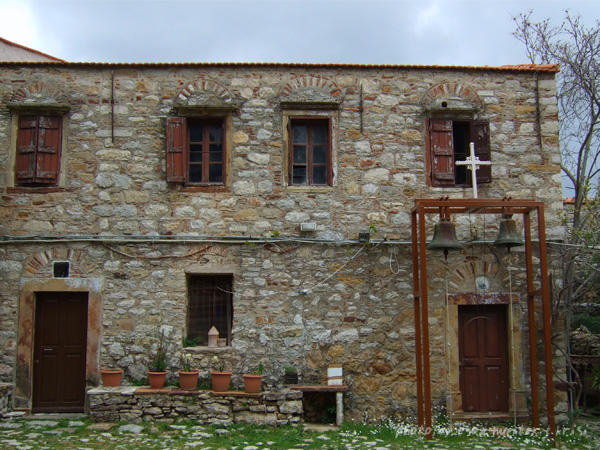 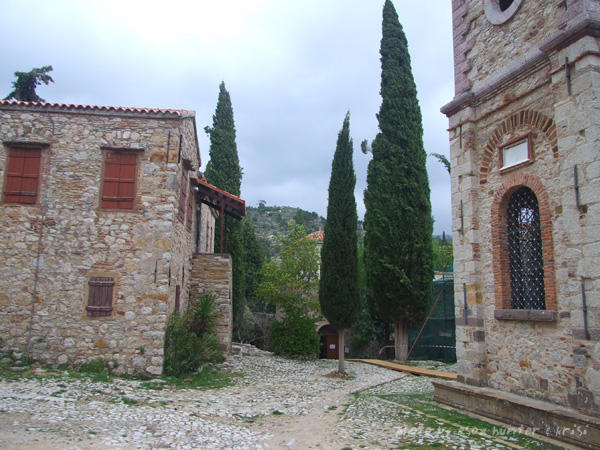 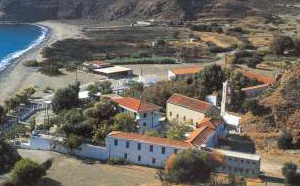 The monastery of Agia Markela is a tribute to the saint Markela who was born on the island of Chios. The history of the Agia Markela is one of a martyr. Agia Markela was a faithful believer and follower of Jesus Christ. Her father strongly objected to this. She disobeyed her father's wishes and maintained to be a strong follower of Jesus Christ. The dispute ended when her father took her to the sea and cut of her head. The monastery is build on the point were this historic event took place.

Every year on 22nd of July Agia Markela is celebrated. Many people follow the custom to go by foot from Chios city to agia Markela, about 50 kilometers, the day before. Staying the night at Agia Markela and participate in the ceremony on the morning of the 22nd in the name and honor of Agia Markela. 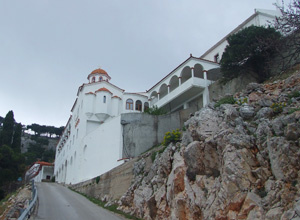 This cloister was built in the cave where the three monks who are credited with the establishment of the Nea Moni Monastery, took their monastic vows. In 1688, the cave was give to the monk Jeremiah, who was from Crete, who constructed the Temple and built quarters. In 1868, following Jeremiah’s death, the Holy monk Pahomios, from the village of Elata in Chios, asked for the buildings and converted them into the largest monastic center on the island. Religious painting began to flourish in 1900. Today, four monks live in the Cloister. Entrance is forbidden to women after sunset. 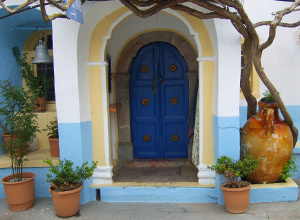 The cloister of Agios Markos was built in 1886 on the Penthodos mountain and is approximately 15 kilometers from the town of Chios. It was built by the ascetic Parthenios who was from the village of Dafnona in Chios and led his ascetic life in a nearby cave. The Monastery offered valuable services to the Greek army during the liberation of the island in 1912 from the yoke of the Turks. Religious painting developed in the Monastery around 1900. Today, two monks live in the Monastery and a wealthy library has been preserved.